CAS-004 Bundle gives you unlimited access to "CAS-004" files. However, this does not replace the need for a .vce exam simulator. To download VCE exam simulator click here

When conducting acquisitions and mergers, it's important to consider the similarities and differences between two organisations when you attempt to integrate them across diverse industries. Now, often these days, two very different organisations might be trying to come together, and they can have very different cultures regarding rules and policies, different regulatory requirements, or even different geographic service areas that have to be considered. Each of these areas can bring new growth opportunities for the organization, but they also carry new risks and security weaknesses as well. Every organisation has its own rules for how it conducts information technology inside its business. When we're combining two different organizations, we have to consider how things are currently being done in each of them and then how we can best blend those two different rule sets. Remember, rules are directive and specific in nature, so they can be really hard to standardise across diverse organizations. Now, let's take, for example, two companies that want to come together. Now, some companies don't let end users configure their workstations, and others may allow end users to have local admin rights. While there is no correct answer, this is one aspect of culture that must be considered when attempting to standardise and reduce risk in the new combined organisation of these two companies. Now, policies, on the other hand, are easier to standardise because they're more generic in nature and don't provide specific solutions or methods. The language used in writing a policy tends to be much more broad-reaching, and each piece of an organisation can implement it as they see fit. For example, something like "the highest possible data integrity" shall be provided for. Data deemed financial in nature could be accomplished using many different types of integrity checks, not necessarily specifying the use of a certain one like Shaw 256. Now, you have certain organisations that are regulated by the federal government based on their field of business. For example, let's say you work for a radio station. You have to follow the regulations that are set forth by the Federal Communications Commission during the merger of two divergent organizations. One might be heavily regulated, and the other may not. If this is the case, we must use due diligence and due care to understand all the regulations involved and decide which parts of the business must meet regulations and which parts are not required to meet them. Another security concern during an acquisition or merger is the geographic differences involved. Often, two companies are not located in the same city, state, or even the same country. This can lead to different cultural issues, language differences, or different cultural norms that we have to work through and modify together. Beyond this, though, there are also some security concerns that we have to face. The first one is confidentiality and encryption. Some technologies are not allowed to be exported to certain areas of the world because of their encryption strength. because this is subject to export control. Therefore, we cannot simply make a blanket policy or rule regarding the use of these encryption techniques, because if we have one facility in the United States and another in Africa, we may not be able to use the same technology. Besides these encryption differences, there are often legal and regulatory differences between different countries and geographic areas. For example, the privacy requirements in the United States differ from those in the European Union because the European Union follows GDPR requirements. This leads to an issue of standardization across the entire organization. We can either standardise by requiring the organisation to meet the highest level requirements, even though this would cost us more in terms of resources, or we can choose to segregate the organisation and meet the requirements locally where possible, though this might also increase our risk posture towards it. There's really no right or wrong answer to all this stuff. It's a decision that has to be made for the business based on a cost-benefit analysis and a risk-benefit analysis within your own companies. 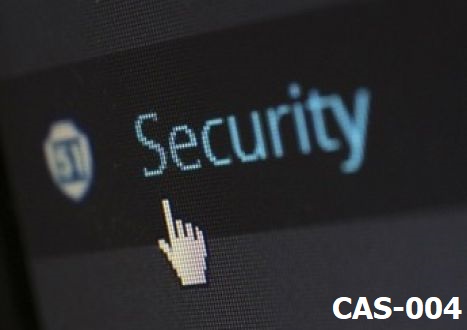